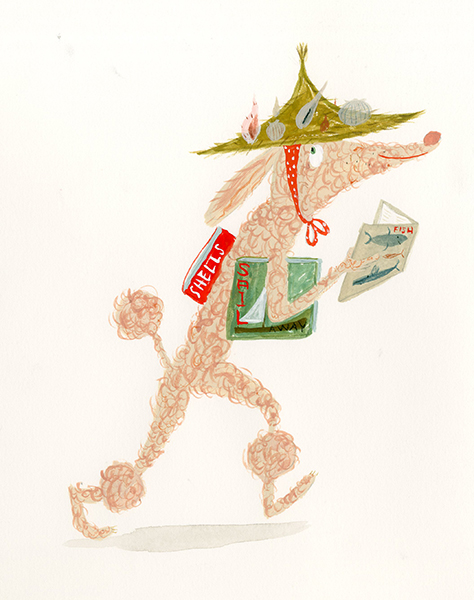 Jessie Hartland is a Washington, D.C. native, but has lived and worked in New York City for over 30 years. She has painted murals at a Japanese amusement park, designed Christmas windows for Bloomingdale’s, and illustrated posters, maps, ceramics, packaging, fabrics, watches and all sorts of other things.

Her paintings have been in several shows, most recently at the Bellport-Brookhaven Historical Society, and her posters and prints have been sold widely.

Jessie has both written and illustrated numerous children’s books on a variety of subjects, from meteorites & dinosaurs to Julia Child and Steve Jobs. The newest books are Our Flag Was Still There, about a famous American flag, and My Tiny Pet, about a girl and her tardigrade. Her books have now been translated into over 13 languages.