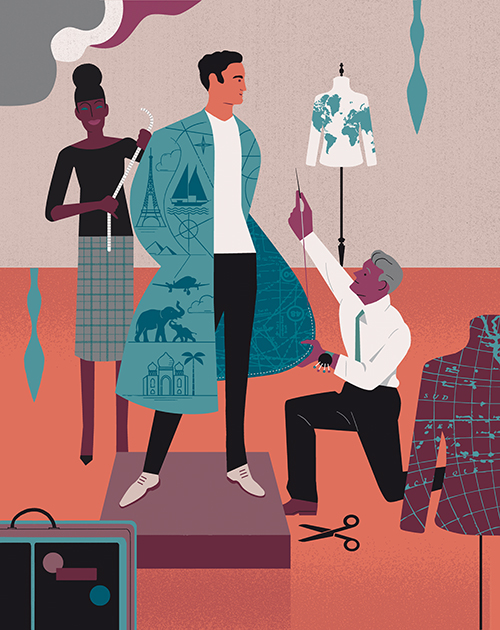 Orlando was born in Stuttgart in southern Germany and grew up in Tübingen. Orlando studied design and communication at the University of Essen and the École Supérieure d´Arts Graphiques in Paris. He has lived and worked in Hamburg, Paris, Madrid, and now calls Berlin home.
Orlando’s illustration career began in 1997, and his clients include international magazines, book publishing houses, multimedia agencies, and corporate magazines. Orlando has received the German annual Multimedia Award (2013), an award of excellence from the American Press Association, honors from Nouveaux Talents, and was named best Comic Newcomer. He has exhibited at the Bologna Children´s Bookfair and has joint exhibitions in Berlin, Essen, Duisburg, and Paris.