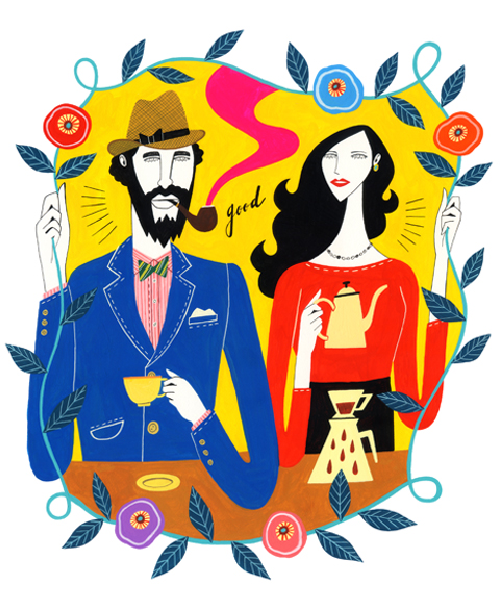 Kazuhiko was born in 1979. This self-taught artist began his journey in the illustration field when he was twenty years old. His illustrations show cheerful and happy milestones in people’s lives.

In 2009, he was chosen as a finalist for the Chance Ten Competition, which is the gateway to success for young illustrators all over the world. In addition, he won the prize of FUNKY 802 digmeout audition 2007 as a young artist.

Kazuhiko has gain much recognition from his competition awards and many Japanese companies show interests in his illustration. He has been a featured illustrator for KIRIN, au, and Japan Rail Kyusyu.