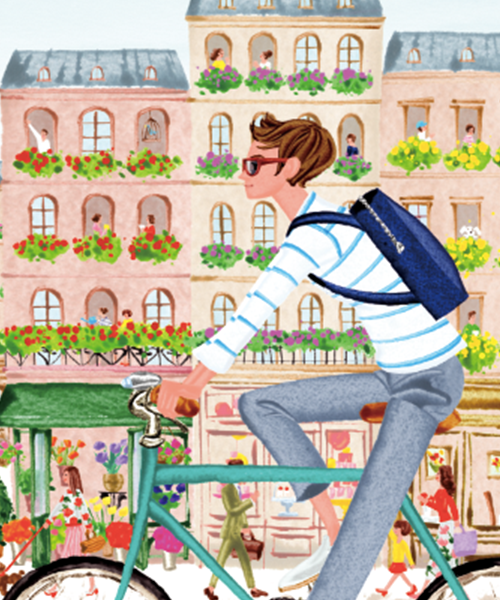 After graduating from Kanazawa College of Art, Masaki joined the advertising division of a large scale company. As a graphic designer, he designed and directed advertisements, packages, and shop displays.
His sense of aesthetics is deeply rooted in the tailoring business that was in his family. From a young age, he grew up viewing and playing in beautiful textiles, and grew an appreciation for the arts. He decided in 1993 to become an independent illustrator, and debuted his painting knife style in a solo show in 2000. He has since worked for advertisements and magazines, created bathing suits, t-shirts, umbrellas, and bags, among other products, with his artwork on them. He has a line of everyday items by Caspari since 2003.