Cross World Connections
Hi, we're an illustration agency based in 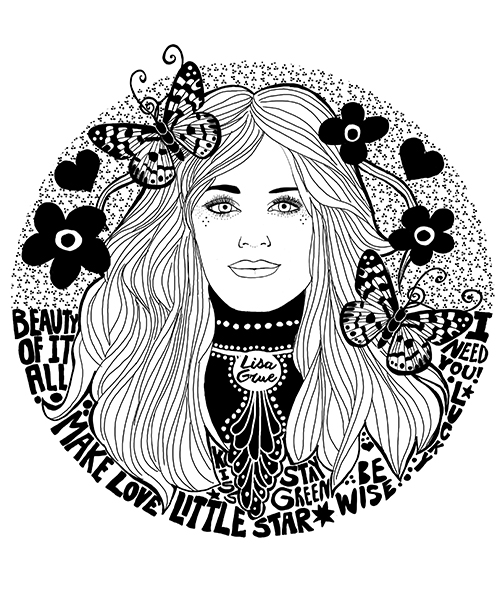 Born in 1971, Lisa Grue’s modest upbringing in the Danish seaport of Kalundborg did not stop her from using her creative talent to fulfill her ambitions. She and her sister entered drawing competitions whenever the opportunity arose, most of which they won. Feminine and charming, with a hint of folklore and fairytale, Grue’s imagery is distinctly Scandinavian but unclichéd and has a worldly outlook. She graduated from the Royal Danish Academy Design in 2001 where she received a master’s degree in graphic design. From that point, her career blossomed and encompasses illustration, design and fine art.
Grue is constantly experimenting, with a visual language inspired by her love of nature and urban environment. Whether working in pencil, acrylic, digitally or crafting in embroidery and porcelain, she is in her element with a variety of media.

We will begin working from home for the time being. Please feel free to reach out to us using contact form or our email address. We will keep you up to date on our latest developments as they become available.