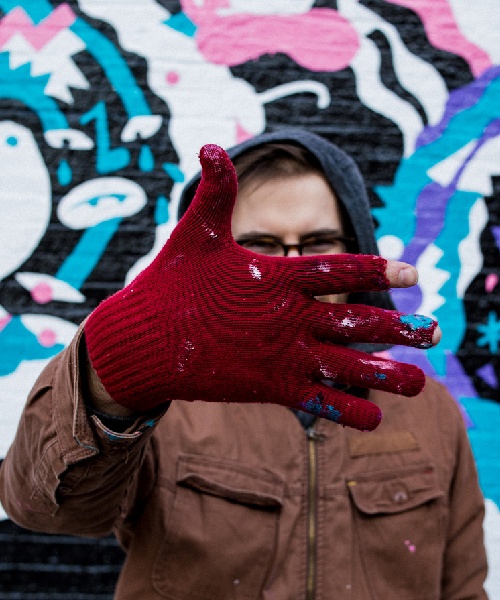 Brolga is a Brooklyn-based artist and illustrator who gained recognition for his large-scale wheat pastes, street art, and murals on the streets of New York.

With a pop-styled aesthetic honed from his graphic design background, Brolga mixes naive daydream-like doodles with simple iconography to create his worlds and characters. Growing up in Australia, his family would often make days-long trips across the country, moving house from Queensland to the Northern Territory and back. It’s on these road trips that Brolga began his art, illustrating his surreal and imaginative characters while journeying through the remote terrains of his home.

Brolga is most influenced by the many subjects encountered and collected from years of traveling the world and living abroad. These days, his characters come to life in the New York landscape, going straight from his sketchbook to the streets and walls of the city. Over time, the characters wear with the city and become a part of daily life.

In addition to his work on the street, Brolga has found his illustrations adapted to a wide variety of industries and brands, ranging from hospitality, fashion and apparel, to music, editorial, and more.